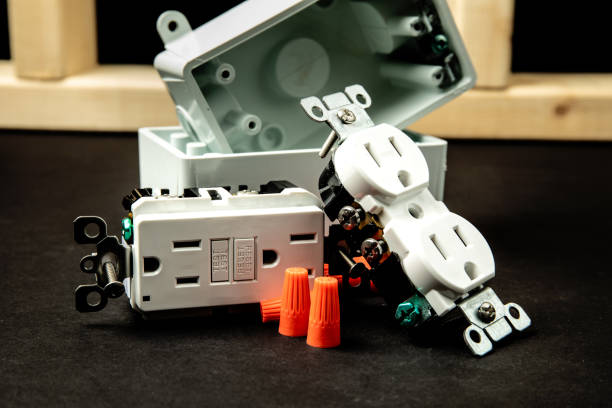 What Are GCFI Outlets Used For? Talk to any experienced electrician and they will tell you that not a day goes by in which they don’t have to answer all kinds of questions for homeowners. One of the questions that often comes up frequently involves what GFCI outlets are, as well as exactly where they go.

What Are GCFI Outlets?

Generally defined, GFCI, which stands for Ground Fault Circuit Interrupter, outlets are designed to monitor the overall balance of electrical current traveling through a circuit. In the event that the power goes through an area where it really shouldn’t, the GCFI outlet will cut off the electricity immediately. Additionally, these types of outlets help to prevent fatal electrical shocks via eliminating a sustained current flow whenever an electrical short occurs. This is a contrast from arc fault circuit breakers, which are designed to locate and disable slower electrical leaks, such as those that come from puncturing a wire located inside a wall.

Where Are GCFI Outlets Required?

Ever since 1973, a majority of outdoor receptacles that were built in order to comply with the National Electric Code require GCFI protection. Two years later, in 1975, this compliance was extended so that bathroom receptacles could be included. Garage wall outlets were included in 1978, and nearly a decade later, in 1987, the compliance extended once again, this time to include kitchen receptacles. It wasn’t until 1990 that GFCI outlets would be required for both unfinished basements and crawl spaces. Oftentimes, homeowners find themselves working hard to ensure that their electrical system is in compliance with the current laws. Generally, when it comes to upgrading your current outlet system, many experts recommend that you focus more on the following areas:

What Are GCFI Outlets Used For?

How Do Ground Fault Circuit Interrupters Work. There are actually two different types of GCFI outlets:

The receptacle, which is perhaps the most common GCFI that can be found in residential homes, is a type of outlet that replaces a more traditional one, and it is also 100% compatible with any and all standard outlets. This means that it can assist in protecting other outlets that otherwise receive power from the GCFI outlet itself. Meanwhile, circuit breakers are generally a bit thicker than more traditional outlets, and they also take up much more space in either a single or double gang electrical box. The installation process is rather easy; however, it’s a process that needs to be done correctly in order to ensure that downstream protection will be much more effective.