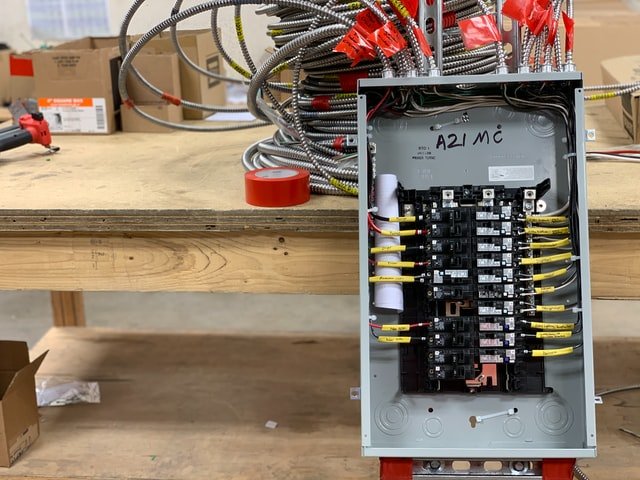 Here are the steps that are involved with repairing the electrical breaker panel.

*Inspect all of the ends of each breaker within the panel, taking the time to search for one that has its switch leaning toward the “off” side. Once a tripped breaker has been found, check the circuit index on the interior of the panel in order to determine what circuit is controlled and ensure that everything in the home that’s on the circuit is either unplugged or off. From there, reset the button or breaker switch. If it trips immediately, the problem is likely in the wiring, meaning you will need the assistance of a professional electrician. (This step involves resetting a tripped electrical breaker panel)

*Examine the fuse itself for any noticeable damage. If the metal strip is broken completely, this is a sign that the circuit is overloaded. If the window of the fuse is blackened, this is a sign that the cause is a short circuit. If you find a blown fuse, remove it and replace it with one of the exact same amperage. (This step involves replacing an electrical breaker panel screw-in fuse)

*Turn off all power and use a fuse puller to remove the cartridge fuse itself. Test the fuse by touching both ends with a multimeter set probe in order to measure resistance. If it tests for low resistance, this is good. If not, then it has blown, and should be replaced with an exact replacement. (This step involves replacing an electrical breaker panel cartridge fuse)

*Touch multimeter prongs to the terminal screw of a breaker and a ground. If no power is found, this means that the breaker is faulty and will need to be replaced. Turn off the main circuit breaker or switch and remove the cover to the breaker panel. Loosen all screws holding the damaged breaker and remove it from the panel. From there, identify and remove all wires that connect to the electrical breaker panel. Replace it with one of the exact amperage, ensuring that you attach the wires into the new breaker. Mount and fasten the replacement before then restoring power and testing the circuit.

Electrical Breaker Repair
Get A Quote