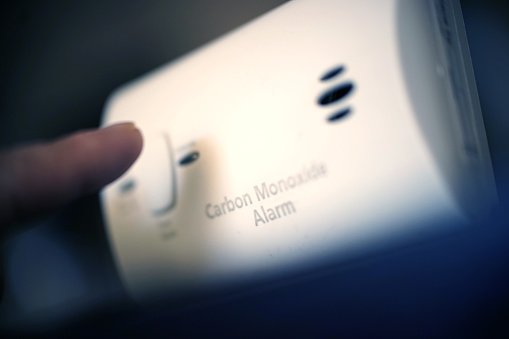 Carbon Monoxide Detector Features Austin. We find ourselves exposed to carbon monoxide gas due to the burning of carbon-based fuels such as natural gases, oil, wood, propane, and more on a daily basis. Generally, this type of gas would often be expelled from a home through vents; however, this doesn’t always happen.

Carbon monoxide is a gas that is never seen, tasted, or smelled; however, a carbon monoxide detector is a device that can greatly help to protect you, your loved ones, and your home by detecting leaks of this dangerous and deadly gas before they become far too lethal.

Here are three of the most useful features of a carbon monoxide detector to consider making note of.

*First and foremost, perhaps one of the most useful features of a carbon monoxide detector involves the integration of smart devices. Many of the best carbon monoxide detectors available today are able to be interconnected with all kinds of smart devices that are able to be found in your home. For instance, you can download an app on your smartphone or tablet that can easily be connected to your carbon monoxide detector, and if this gas is detected, not only will the alarm end up going off, but you will also receive an instance alert. Many detectors will inform you of exactly which location in your home is affected, as well as let you know exactly how you should respond, such as calling emergency services or simply opening a window and contacting non-emergency services.

*Another of the most useful features of a carbon monoxide detector is combining this with a smoke alarm. Oftentimes, many homeowners tend to not see the need for a smoke alarm since they believe the signs of a fire will be extremely obvious. The truth, however, is many fire victims end up succumbing to smoke inhalation rather than to either heat or fire, meaning that a smoke alarm can be extremely useful in the event that a fire breaks out in your home either while you’re sleeping or not home. Smoke alarms are designed to use either ionization detectors or photoelectric smoke detection, otherwise known as light sensors. This means that whenever smoke passes a beam of light, the alarm will sound. In terms of ionization detectors, this means that whenever an interruption of an electric current between two diodes is made, the alarm will be triggered. Carbon monoxide detectors, however, often use electrochemical sensors, biomimetic sensors, or metal oxide semiconductors. The first feature electrodes that are submerged in a solution and whenever carbon monoxide levels in a home go past a certain level, the electrodes detect a change in electrical currents and sound the alarm. The next features a special gel that changes color whenever carbon monoxide is absorbed, which causes the alarm to sound, and the final causes the gadget’s electrical resistance to lower, which triggers the alarm. A combination of these two alarms can be purchased, which can save you both money and space, and all you have to do is simply change the batteries on an annual basis.

*Carbon Monoxide Detector Features Austin. One other useful feature of a carbon monoxide detector is a detector that is interconnected. There are many instances in which you can connect more than one carbon monoxide detector to each other so that they will all sound whenever one single alarm is triggered. By doing this, you will be able to meet all building codes in your area of residence without having to worry about any physical wiring. This is something that can also be extremely helpful in the event that you have a large-sized home, as you will be able to hear the alarm sounding in a completely different part of the building.